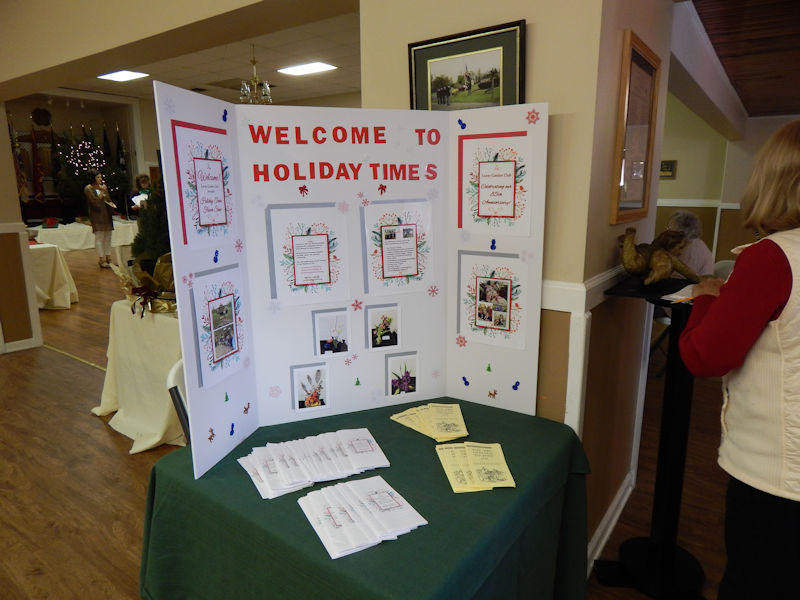 The Luray Garden Club’s  Holiday Times Flower show held at the Luray Comer VFW was a great success according to Susan Phillips, club president and co-chair of the committee.

Judges from the Virginia Federation of Garden Clubs from around the state praised the show.

The Horticulture Awards were presented to:

Design Exhibit Awards presented. The top award of Holiday Excellence was given to Lesley Mack for her lovely parallel design called Christmas Parade. The Designer’s Choice Award was presented to Lesley Mack and Lyn Neviaser.

The Educational Award was presented to Eleanor Ames, for her exhibit on Decking the Doors about creating your own holiday wreath.

Complete results, as well as photos of the designs and horticulture entries can be found at the club’s website at: www.LurayGardenClub.org.